Made with noodles similar to lo mein, a yakisoba recipe is easy to prepare. Yakisoba is a popular and inexpensive Japanese dish served at neighborhood restaurants and is also often purchased from street vendors.

Sometimes called "junk food" because of its high grease content, yakisoba is a favorite among kids of all ages as well as adults. This dish translates to mean fried buckwheat noodles and has its origins in China, although the Chinese used chow mein noodles. Contrary to its name, however, in Japan yakisoba is made with wheat flour noodles which hold a similarity to ramen. Vegetables are stir-fried with the noodles, a sauce is added, and the food is served on a plate and eaten with chopsticks. Shredded seaweed or a blend of seaweeds is often sprinkled on top of the noodles for added flavor. A potent red ginger is also part of the garnish for yakisoba. 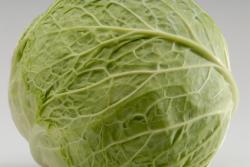 Cabbage is a key ingredient in yakisoba.

You may also add other ingredients, or substitute some of the vegetables for those you like best. Pork can also be substituted for another type of meat or seafood. Some ideas include:

At your grocery store, or local Asian food store, you may find yakisoba sauce in a bottle. There are different brands and kinds, so check to see what suits your tastes. Some prefer tonkastu sauce in their yakisoba. This thick brown sauce comes in a bottle as well and can be purchased at your Asian market or in the Asian section of your grocery store.

Since yakisoba is so popular, there is an instant version which is made of dehydrated noodles and vegetables. Boiling water is added to the container, and after five minutes, the noodles are tender. Contents from a flavor pack are mixed in, and seaweed is provided in another packet to sprinkle on top. Often this instant yakisoba is enjoyed by children after school or as part of a lunch menu.

Now that you know how to make yakisoba, why not give the recipe a try? Young children in your household may enjoy this easy to make Japanese dish, especially if they are fond of noodles.