Soul food is a cuisine associated with African-American fare popular for hundreds of years in the South. There are regional differences, however, based on available ingredients. South Carolina low country cooking, for example, includes rice, crabs, oysters, shrimp and sweet potatoes while Louisiana cooking features those ingredients plus okra. Soul food from landlocked regions is based on less seafood and more pork and chicken.

Food Is Old, Expression Is New

While people of many different backgrounds have eaten in this way since colonial times, the term "soul food" to describe it, however, is relatively new. It is thought to have been coined in the 1960s at the height of the Civil Rights Movement to describe soul-satisfying black-American food ("food for the soul") and to express cultural pride.

Soul food reflects a type of frugal and creative cooking developed of necessity by black slaves who often had to make do with meager rations and offal or organ meats not consumed by their plantation owners. What developed out of necessity became a taste sensation and, even after slavery was abolished, it remained an affordable and much-desired way to cook, becoming part of the culinary repertoire.

Soul food is a combination of healthy proteins, vegetables, fruits and grains. Recently, the cuisine has come under some criticism because most items seem to be prepared by frying. Moderation, as always, is the key.

Meats, poultry and seafood are typically fried but, in the case of tough meats, braised or simmered slowly for hours and can include chicken, turkey, ribs, freshwater and saltwater fish, shrimp, crawfish and these:

A traditional dinner might consist of the following items. 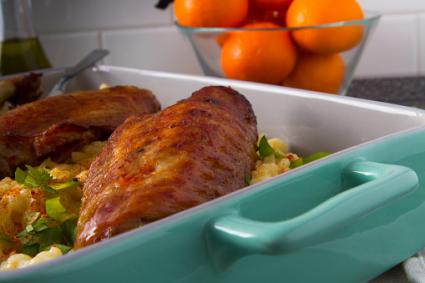 The drummette and the middle section of turkey wings provide a generous amount of meat. Wing tips should be removed and reserved for stock. In this recipe, the wing sections are brined, then seasoned with a spicy dry rub before smoking. If a milder end-result is desired, reduce the amount of chili powder and red pepper called for in the recipe or omit it entirely. This will make 4 hearty servings. 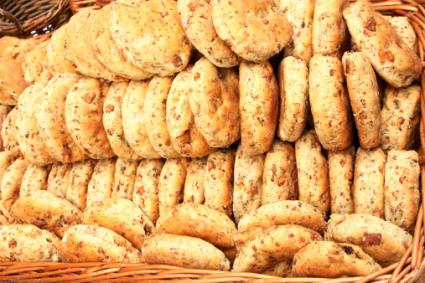 What's not to love about pork fat? When combined with a flaky biscuit, it's a match made in heaven. Pork fat from the shoulder or Boston butt cuts is a good contender for cracklings. Keep in mind that the amount of pork fat trimmings will reduce to half or less than half after cooking. You will need 1 cup chopped cracklings for this recipe. Refrigerate or freeze any leftovers for another use.

Soul Food Speaks to the Heart

Even though soul food is typically associated with African-American cuisine, every culture has its soul food or comfort food that speaks to the heart and soul. The foods are inextricably intertwined with their history.