Sweet yet tangy, tomatoes are one of the true superstars of the cooking world. If you have a bunch of juicy tomatoes you're just dying to turn into something delicious, make a creamy classic, some fresh salsa, or cold and crispy gazpacho soup.

One of the best things about tomatoes is that they come in so many varieties, each with its own texture and subtle difference in flavor. The following tomato recipes are sure to make your mouth water. 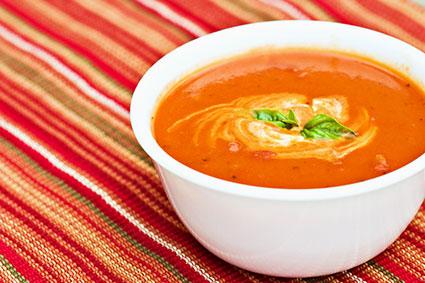 This recipe serves four to six people. Try a classic or cheesy tomato soup recipe in addition to this creamy version.

Roasting your tomatillos really brings out their flavor in this delicious salsa. 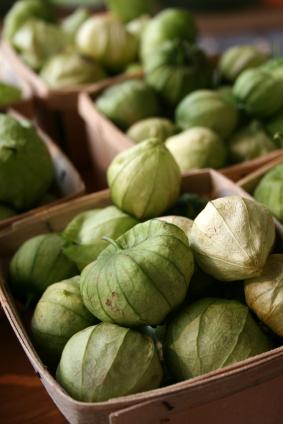 Tomatoes are the backbone of this delightfully refreshing, cold summer soup. 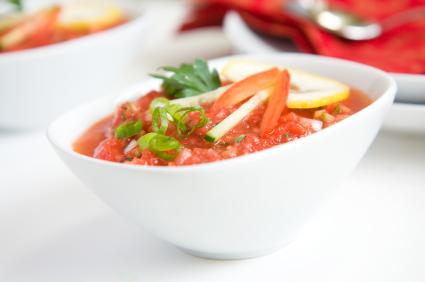 Native to South America, the tomato didn't reach Europe until the seventeenth century. People originally believed the fruits were not safe to eat. So for years, tomatoes were only grown as ornamental plants. This is actually kind of ironic, because most home gardeners will admit the plants themselves aren't that attractive. Once people realized that the tomato was not only edible, but also delicious, it quickly became a staple in many cuisines. 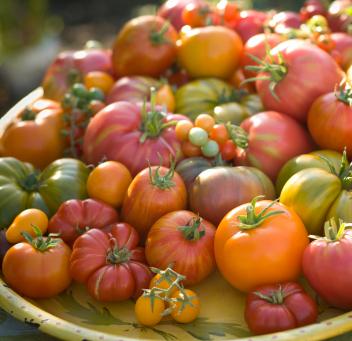 Tomatoes have long been a popular food for home canning, which preserves them for use in a variety of recipes over the long winter months. Tomato sauce is a staple, but there are more ways to prepare tomatoes than turning them into spaghetti sauce and salad wedges.

Tomatoes in the grocery store have been picked before they are ripe. They are then chemically ripened in a process that leaves the fruit firmer and easier to ship without damage, but less flavorful than the vine-ripened variety. Those sold "on the vine" in stores have also been picked before ripening, but the bit of vine retains some of the nutrients and allows the unripe fruit to ripen with slightly more flavor than those separated entirely from the vine. For the best flavor and freshness, home gardeners know that nothing beats a tomato grown and harvested from your own garden.

Any Way You Slice Them

No matter how you like your tomatoes, it's just about impossible to imagine cooking without them. Whether tomatoes are the main ingredient in a recipe or just one of the components, they certainly bring a lot of flavor to any plate.