Pickling is a great way to preserve vegetables and fruits, as well as add a punch of flavor. While pickled cucumbers are one of the more popular forms of pickles, you can soak many fruits and vegetables in brine to make delicious and flavorful pickled foods.

Pickle recipes refer to both a process and the result of that process. In the U.S., pickle is usually understood to mean a cucumber that has been pickled, either in brine or vinegar. Pickles can be sweet, sour, or neither. Flavored with dill weed, the dill variety can add pucker power to a sub or hamburger. Chopped into tiny bits, sweet pickle relish is a favorite flavoring for the all-American hot dog.

Properly preserved, produce can last for months in storage, but there are several tricks to making suitable pickled fruit and vegetable dishes.

How to Make Pickles

Try your hand at pickling with the following delicious pickle recipes.

This recipe doesn't require canning. Instead, you can keep these pickles in your refrigerator in sealed crocks for up to two months. Because they aren't traditionally canned, these pickles have a very crisp bite. 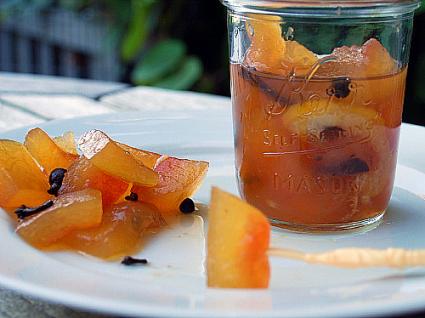 This Southern favorite isn't difficult to make, although it does require time. It's a great way to use the whole watermelon. Use the flesh for a salad and pickle the rinds.

While both of the above recipes are for refrigerator pickles, you can also use the canning process to preserve them. Can pickles while the brine is still hot. You can use a canner or the process below. 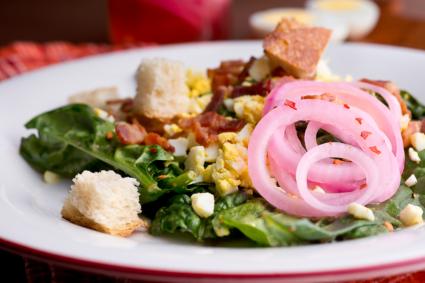 These quick pickled onions can't be canned, but they make a great salad topping and are delicious on burgers. You can substitute sweet onions if you like.

Pickling brine consists of vinegar, spices, and sugar in suitable proportions. The combination of the brine with different types of fruits and vegetables may encourage mild fermentation or simply add a pungent flavor to the produce. Cucumbers are universally the most popular item to be pickled, though onions, olives, peppers, watermelon rind, and other fruits are also frequently pickled. To get the most of your pickled fruit and vegetable recipes, consider the following tips:

For a spicy and flavorful treats, consider pickling fruits and vegetables when they are in season and be prepared to reap your own harvest of tasty produce throughout the year.

A pickle is a delicious treat any time. Whether you create traditional dill pickles, branch out with a watermelon or onion version, or even try pickled eggs in pickled beet juice, these recipes are sure to spice up your dishes.