Making authentic tamales is a multi-step process, but the effort is worthwhile. Unlike other Latin American foods like enchiladas, tamales may take a few days to prepare all the components. Use the recipes and steps below to create delicious tamales. This recipe makes a big batch. You can halve the recipe to make a smaller batch, but since the process is so involved, making and freezing the tamales in large amounts can save you time.

Step One: Make the Meat Filling and Broth

You can make either pork or beef filling for your tamales. If you wish to substitute pork for the beef below, you can do so directly, using pork shoulder. You can also substitute chicken. 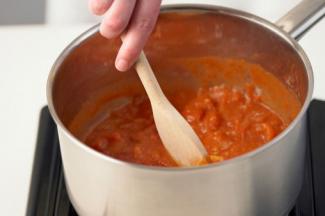 You can also make the sauce ahead of time and refrigerate it for two to three days as you prepare other parts of the tamales. Mixing the shortening for tamales

The masa uses much of the remaining reserved beef broth to moisten the masa harina. You'll also need lard or shortening in this step, because using a liquid vegetable oil will not allow the masa to reach the desired texture. 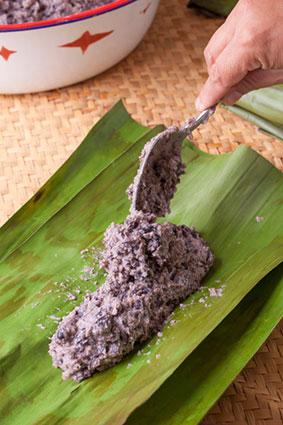 The final step is assembling and steaming the tamales. You will steam the tamales in corn husks for added flavor.

While making authentic tamales is a time-consuming task, the resulting food is well worth the effort. When you make the beef and chili sauce ahead of time, it only gives you a little work to do each day, and you'll have delicious tamales to share with friends and family.