The first thing to know about French toast is that it isn't really French at all. The first piece of bread to be soaked in egg custard and cooked is said to have originated in Rome. Today, just about every country around the globe has their own version of this classic breakfast food. But don't look for "French toast" on the menu in France, because the French refer to it as "pain perdu."

Try these recipes the next time you make French toast and your family will ask for more!

This is a very basic recipe and instructions for how to make French toast. 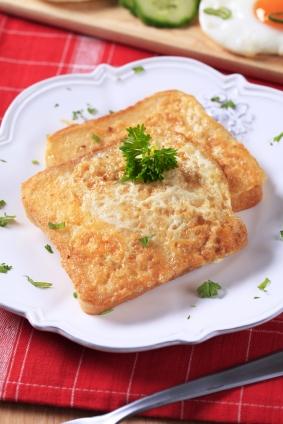 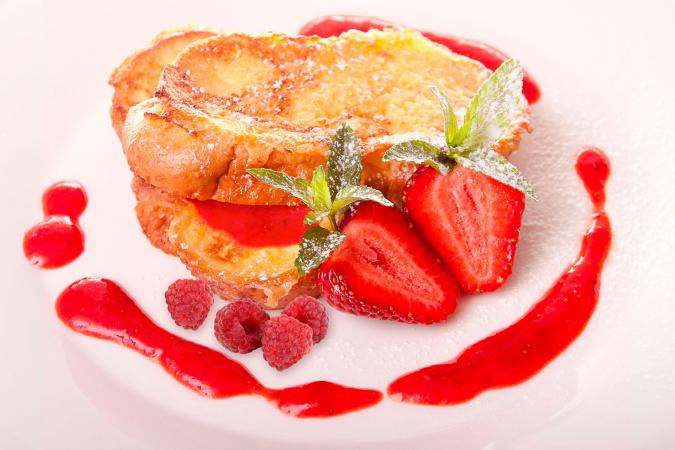 At its most basic, French toast is bread that has been soaked in an uncooked egg custard. Once you understand the core recipe, you can experiment with your own variations and flavor combinations.

The amount of dairy to eggs determines how rich the French toast will be. The less dairy, the richer the French toast. For example, you could make a French toast recipe that has several eggs and just a few tablespoons of dairy that would be extremely rich and eggy, or you could make one with a few eggs and a cup of milk, which would lighten the recipe significantly. Most recipes call out for a specific ratio, but you can vary it according to your own personal tastes. As a rule of thumb, add about one teaspoon of vanilla extract per two cups of liquid. A good ratio for dairy to eggs is about 1/2 cup of dairy per every four eggs. 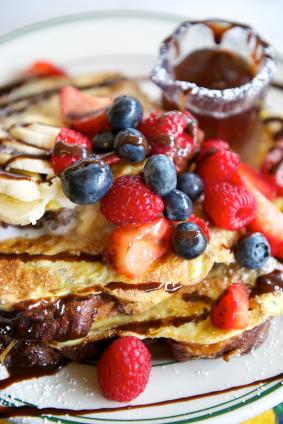 As long as you have the basic ingredients - eggs, dairy, vanilla, and bread, you can add extras or vary flavorings to make wonderful variations on the basic recipe. Try adding the following:

You can also vary the types of breads you use. For example, if you changed basic white bread with challah, the result would be a thicker, chewier version of French toast. Other breads that work well include:

While French toast is a classic recipe unto itself, there are various ways of producing it, including:

Changing the type of bread used can also dramatically affect the way the French toast tastes. Try creating some out of French bread, Texas toast or exotic breads like almond meal for some variation.

For a quick breakfast, try freezing your French toast. Cook your individual French toast slices ahead of time, place them in a freezer storage bag and freeze. When you're pressed for time, simply take out a slice or two and warm them up in your toaster or oven until warm and crisp.

In legend, French toast evolved when food was dear and every bit had to be used - even stale bread. Ancient cooks found that dipping stale bread in a mixture of eggs and milk helped rejuvenate it. They then cooked it on a griddle and served it up, much like today's modern version. Another French toast recipe was reserved only for the wealthiest people of the time because it used expensive white bread and exotic (and costly) ingredients like vanilla and almonds.

Whether you make an easy French toast recipe or try a gorgeous toast version that includes more exotic ingredients, it is sure to become a favorite for breakfast or brunch.