Braising is a combination of dry-heat and moist-heat cooking methods. That means meats are first seared in a hot pan with a small amount of fat to seal in the juices and brown them, and then slowly simmered tightly covered in a small amount of flavorful braising liquid until tender. Braising can be done on a stovetop or in an oven but the initial searing of the meat is best done on top of the stove. Meat and poultry aren't the only candidates for braising. Vegetables also can be braised.

How to Make a Braising Liquid

Braising liquids can be as diverse as one's palate allows but here are the minimum requirements for a tasty braise.

Follow these tips for creating the best braising liquid to ensure your dish turns out delicious.

Tough cuts of meat or those from an older animal are prime candidates for this method of cooking because the long, slow cooking of braising tenderizes foods by gently breaking down the rubber-band-like connective tissue that makes it hard to eat.

Try one of these cuts of meats for your dish:

How to Braise Meats

Unless a specific recipe tells you differently, all meats can be braised by using these steps.

These recipes take lowly cuts of meat and turn them into first-class offerings:

Turn your average vegetable into a mouth-watering meal with these vegetable braising tips.

Vegetables most often braised are those with tough fibers like cabbage, parsnips, carrots, celery, fennel, artichokes, beets, escarole and more. Theoretically, any vegetable, tough or not -- like asparagus and endive -- also can be braised.

How to Braise Vegetables 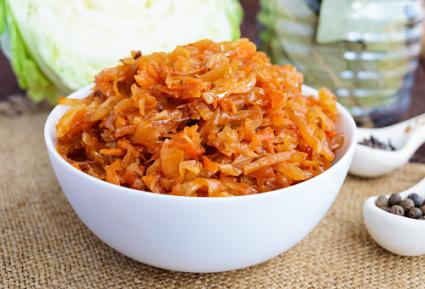 Unless a specific recipe tells you differently, most vegetables can be braised by following these steps:

The liquid used to braise vegetables in these recipes can be turned into a delicious sauce:

Braising Is an Equal-Opportunity Cooking Method

Traditionally thought to be a cooking method for tough foods only, braising methods actually can be applied to any type of meat, even a tender filet, fish or vegetable. Braising liquid and spices are the perfect vehicles for enhancing and even changing flavor as in the case of meats with an undesirable gamey flavor. For instance, juniper berries and apple juice can turn a tough cut of wild boar into a succulent meal. Since tough cuts are typically less expensive, you can experiment without fear of ruining a pricey piece of protein. Let your creativity be your guide.