Contrary to somewhat popular belief, buttermilk does not contain butter, and it is not the higher-fat counterpart to milk. Originally buttermilk was the excess liquid that is left over after butter is churned, hence the term "buttermilk," or the milk that comes from butter.

How Is Buttermilk Made?

Old-fashioned buttermilk is collected from the leftover liquid after butter is churned by hand. It is simply poured off the top and squeezed out of the butter.

However, the cultured buttermilk you buy in the store is made by introducing lactic acid bacteria into milk. Typically, the milk is either skim or no-fat. Once the culture has been introduced, the buttermilk is left to ferment for about 12 to 14 hours at a temperature of about 68-70 degrees F. You will mostly see salted buttermilk, although sometimes you can find unsalted buttermilk as well.

Believe it or not, you can make buttermilk at home. It is easy to do, albeit a little time consuming. However, the advantages are that you never have to buy it in the store again if you don't want, and you know exactly what went into making it.

You can make buttermilk just like you find in the store. For this recipe, you have to start with some buttermilk; however, the advantage is that you will never have to run out of buttermilk again if you regularly reculture your mixture.

You can also culture your own buttermilk from scratch, rather than starting with store-bought buttermilk. You need to start with raw milk. You might be able to buy this from a farm - generally, raw milk is not sold in stores because milk in stores has to be homogenized. 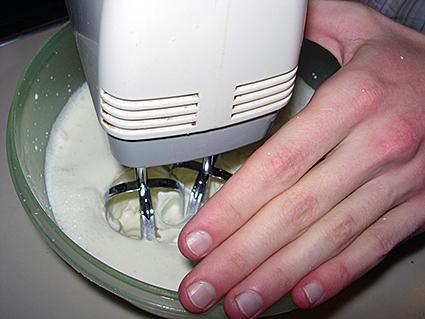 If you don't drink buttermilk, then you probably have used it for baking at one point or another. In fact, you have probably had a recipe that called for it, only for you to realize that you didn't have any on hand. When this happens, there's no need to run to the store. Any of the following substitutions work wonderfully in cooking and baking:

The Joys of Buttermilk

Less fat content than milk, flavorful and refreshing when chilled, buttermilk is a main staple in many family's refrigerators. In addition, it is called for in many southern food recipes such as pancakes, fried chicken and biscuits. It is so easy to make at home, you never have to buy it in the store. Pull out those recipes that call for buttermilk and start cooking.

Comments
© 2006-2021 LoveToKnow, Corp., except where otherwise noted. All Rights Reserved.
How to Make Buttermilk