Bolivian cuisine reflects a blend of indigenous peoples and European colonization. With a mix of large urban cities and vast rural farmlands, visitors to Bolivia are apt to find common Hispanic foods such as empanadas and chorizo alongside more unusual fare such as dried llama meat and fermented corn beer. Bolivian menus reflect the country's natural abundance of spices, grains and vegetables.

Breakfast is a quiet affair in Bolivia, consisting of a cup of coffee and a bowl of soup or bit of bread and cheese. Along with coffee, another popular breakfast drink is api, a hot corn drink flavored with cinnamon or nutmeg or other spices.

Breakfast is often taken as a mid-morning snack. Salteñas are a popular Bolivian food commonly eaten as a morning snack. These turnover pastries, similar to an empanada, are filled with meat, cheese, and boiled eggs and then baked or fried. Salteñas are so popular, that they are the main menu items for many Bolivian restaurants.

Lunch, called almuerzo, is the most important meal of the day in Bolivia. In keeping with the European custom of siesta, lunch in Bolivia is typically a three hour affair, usually from noontime to 3 p.m.

Lunch is served as several courses and often followed by an afternoon nap. A common Bolivian lunch menu may include a soup (sopa), a main dish (segundo), a dessert (postre), and a drink (refresco). Popular lunch dishes include: 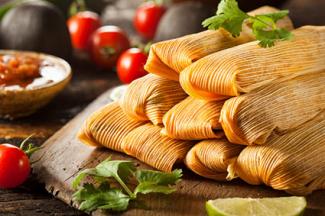 Other common side dishes found at a Bolivian lunch include quinoa, rice and corn. Unlike spicier Mexican cuisine, common Bolivian food tends to be quite mild. However, ilajua a popular spicy sauce, is used to add heat and flavor to dishes.

In Bolivia, known globally as a producer of gourmet teas, tea time is taken around 4 or 5 p.m. Common choices for tea, or té, include classic black tea or yerba mate, a tea made from the leaves and stem of the yerba mate plant. In Bolivian cities, many tea houses serve pastries, including more salteñas or cuñapés, a cheesy biscuit made from yucca (tapioca) flour.

Dinner is traditionally eaten later in the evening, around 8 p.m. The menu is similar to that of lunch, but much smaller. In cities, dinner is often a time for conducting business or socializing and meals may be taken at a restaurant.

Food options may include: 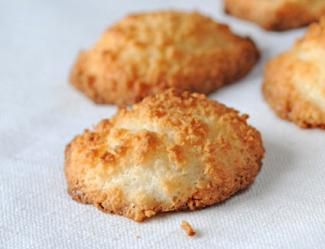 Foods Unique to the Bolivian Culture

Bolivian dishes have remained rooted in history, relying on staple crops like potato and corn. Influences from Europe and other Latin American countries have resulted in many unique foods that are a part of Bolivian culture.