A good chocolate cream pie is simply an irresistible dessert as these two recipes will prove. One's for a traditional-style pie, while the other incorporates sweetened cream cheese. Both are just too dreamy to pass up.

This delicious, traditional chocolate pie is made on the stovetop, and you can choose the type of crust you want to use. The recipe yields one nine-inch pie. 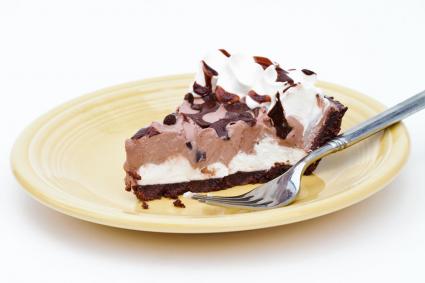 This variation of chocolate pudding pie has a sweet cream cheese layer on the bottom that makes a perfect complement to the chocolate layer on top. The recipe yields one nine-inch pie.

Chocolate cream pies are typically topped with whipped cream, whether the recipe calls for it or not, but you don't have to stop there if you want to dress your pie up even further. Consider these ideas:

Chocolate cream pie typically looks its best the day it's made. Store it in a covered container in the refrigerator where it will keep for about three days.

Once you try these recipes, it will be difficult to get that luscious flavor out of your head. Don't be surprised if you wake up to find you've been dreaming about eating another slice. These pies are that good.