What's more American than some good apple pie? In fact, quite a few things! Apples aren't really native to America. The first apples appeared in the country after European settlers and explorers brought seeds or small trees with them when they emigrated from Europe. Queen Elizabeth's favorite dessert was apple pie, and fruit pies were popular in England as early as the fourteenth century. So that all-American apple isn't so all-American after all.

Granny Smiths may be the "go-to" apple for pies, but the sweet yet slightly tart taste of Galas takes this pie to a different level. Prepare a double crust, lining the bottom of a 9-inch pie pan with half, and reserving the rest to cover the top. Refridgerate until the filling is ready. 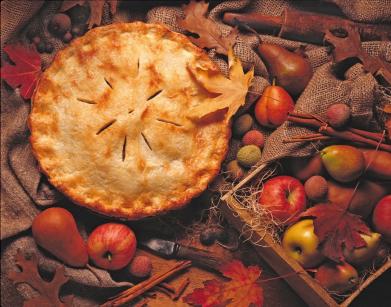 Apple Pie with Walnuts and Raisins

Walnuts and golden raisins add surprisingly complementary flavors to a traditional apple pie. Prepare your double crust first, and line a 9-inch pie dish with half the dough. Reserve the other half of the dough for the top crust and refrigerate everything until you're ready to fill the pie. 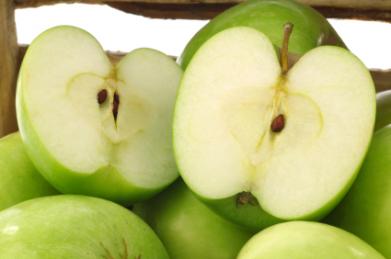 Follow these tips to create not just a good apple pie, but a great one.

The real secret to a perfect apple pie is in the crust. It's not hard to make a flaky pie crust, but it certainly is an acquired skill. Keeping the crust flaky depends on using ice cold water, shortening (or butter), and cutting in the shortening carefully with a pastry blender or two knives. Don't roll it too much. Too much rolling and handling can make your crust tough and dry instead of flaky and rich. It sounds difficult, but if you follow these rules, you'll soon be turning out pastry fit for the pros.

The Right Kind of Apples

The best kinds of apples for pies really depends on your own taste. Some people like a pie with apples that still offer a crunchy bite to them, while others prefer a pie with softer fruit. Picking the type of apple all depends on what you like your filling to taste like. The following list contains the most popular apples and how they work in a pie. 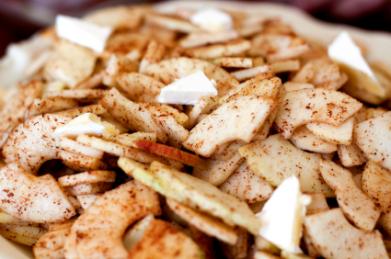 A truly great apple pie doesn't fall apart when you slice it. Ideally, slice your apples about 1/4-inch to keep your pieces intact when you remove them from the pie and set them on plates. You'll get a prettier slice instead of winding up with a plate full of apple chunks swimming in a pool of gooey juice.

Don't Be Afraid to Experiment

Once you're proficient at baking a classic apple pie, branch out a bit. Try making a crumb topping instead of a regular crust, or create a lattice top crust for a fancier look. You can even experiment with spices; try cardamon in place of nutmeg for a different spin. Even if one of your experiments doesn't turn out quite the way you hoped, nothing ventured equals nothing gained. You never know where the next great recipe will come from, so be creative!