Another day, another dinner that will pass by your taste buds. SIGH. Don't let this one slope off into the graveyard of dinners long forgotten. Hack your way to an awesome dinner with these five spices that will transform your meals from bummer to bombastic in an instant! 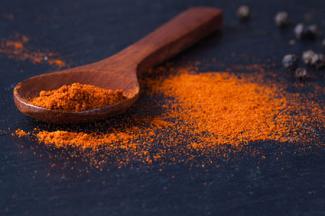 There's nothing like a smoky flavor to lift a dish, and if you're looking for a taste booster then smoked paprika can turn your cooking from boring to zing in a flash. A close relative of the more commonly used sweet Hungarian paprika, smoked paprika is made from pimiento peppers which have been dried and smoked over an oak fire and ground up into a fine powder.

Adding one teaspoon of smoked paprika to a recipe can impart an intense woodsy flavor and aroma to even the blandest of dishes. The beauty of smoked paprika is its wonderful versatility; it's the perfect pick-me-up, adding fantastic depth to a beef or bean stew, barbecue rub or marinade, lentil soup or roasted sweet potatoes, even jazzing up your scrambled eggs with a mere sprinkle. 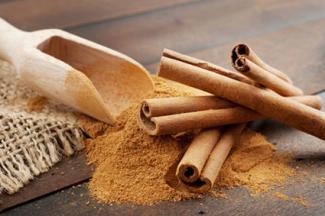 The hero of sweet treats and breakfasts across the land, cinnamon steps over to the savory side. Derived from the inner layer of bark taken from a wide of variety of evergreen trees belonging to the genus Cinnamomum, this super spice is found in practically every cuisine across the world and can be used in powder or stick form.

So what can it do for you? Get with the program and start amping up your kitchen prowess by using cinnamon to bring warmth and sweetness to the main event too. Try rubbing a generous pinch on a butternut squash to be roasted as a delicious accompaniment to any meal, adding a stick to rice when boiling to give your wimpy grains a lift, or popping one into a slow cooked stew to transform it from meh to marvelous. Bored of your Bolognese? Try adding a dash to your sauce for some extra zip. 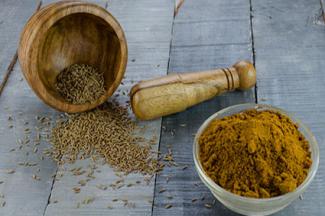 Although typically associated with Mexican cuisine, cumin is actually a staple of Indian, Middle Eastern, Asian and North African cooking, meaning just a teaspoon can open up a whole new whizz-bang flavor dimension to your kitchen antics. Available in both powder and seed form, we recommend playing around with the ground spice first to add a warm and earthy flavor to your dishes.

Try spicing up your life -- and cooking -- by adding cumin to the otherwise duller-than-ditchwater cauliflower when roasting, rubbing your Sunday chicken with a mixture of cumin and yogurt before roasting it, or giving your carrot soup a new lease of life by adding up to a tablespoon of ground cumin for some gusto. 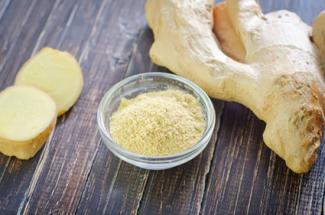 How do you turn wishy-washy to wow in the kitchen? In a word: ginger. Whether fresh or powdered, this spice is a one way ticket to creating warmth, potency, and vitality in your cooking. Derived from the Ginger plant found widely across Asia, it has been used in Asian foods for centuries. While fresh ginger is now widely available in grocery stores, and is hands-down the best for adding some bang to your bite, if you can't lay your hands on it, you can substitute one tablespoon of fresh ginger for 1/8 tablespoon of powder.

Have a shot at turning your cooking from tame to ta-dah! by marinating some chicken wings in ginger and honey for some get-up-and-go, enlivening some sweet potato soup with the spice, or baking some white fish with lemon and ginger for some dinner-time verve. 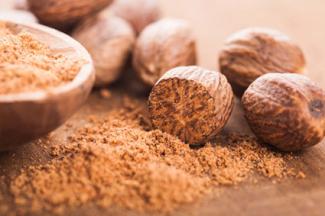 If you have only ever experienced nutmeg sprinkled on your latte, where have you been!?? Derived from the seed of a tropical fruit reported to have originated in New Guinea, nutmeg needs a place in your kitchen NOW for its flavor enhancing ability. Available to buy as whole seeds that are grated on demand for more potent flavor, or in powder form for a milder one, don't brush this off with the cake-brigade because this spice can do wonders for you savory dishes too.

With its uniquely sweet, nutty, earthy flavor, it is surprisingly versatile and can be added to almost anything. Turn mashed potatoes from dull to divine by adding some nutmeg, or increase the lush factor of a gratin, creamy casserole, or pasta sauce by grating nutmeg in. You can even flavor-up your meatballs from whatever to wowzers using nutmeg.

Spice Up Your Kitchen

With these five super spices up your sleeve, it's time to go and take that kitchen by storm! Add a dash of one to your next recipe and amaze everyone with your cooking genius.

0
Comments
© 2006-2020 LoveToKnow, Corp., except where otherwise noted. All Rights Reserved.
Resources, Advice & Tips for Covid-19
Read More
5 Spices That Will Make All Your Cooking Taste Amazing